The Book That I'm Going to Write, By Judy Garland 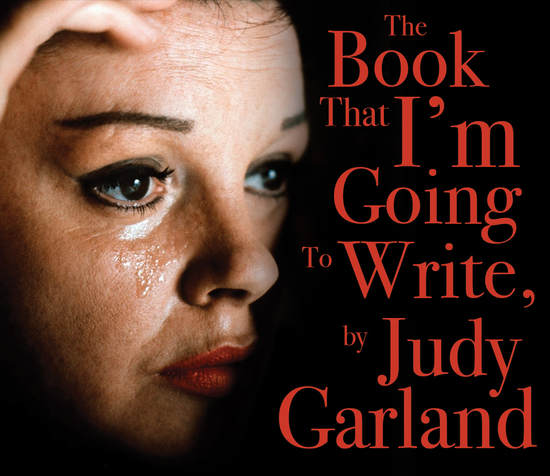 THE BOOK THAT I’M GOING TO WRITE, BY JUDY GARLAND
A new play based on actual spoken word recordings, adapted and performed by Jason Powell
Directed by Phillip Fazio

In 1964, legendary icon Judy Garland was optimistic about the future. Only 3 years removed from her blistering, Oscar-nominated comeback performance in the film “Judgment at Nuremberg” and her greatest live concert success at Carnegie Hall, Judy decided to revisit a project that she’d abandoned many years before; A long-gestating opportunity to not only set the record straight about her storied and troubled career and family life, but to also settle old scores through incendiary recriminations and a litany of untold truths about every person who had ever wronged her… Judy Garland had decided to finally write her memoirs.

Faced with the herculean task of creating a cohesive through-line from the story of her life, friend and dealmaker Irving “Swifty” Lazar directed Judy to put her considerable talents as a raconteur to good use and record her thoughts on tape for dictation to a ghostwriter. The tapes revealed a woman who was seemingly hurt by every person she had ever trusted, all in the name of performing the one trick she could execute better than anybody else: bringing joy to people all over the world through her unparalleled talents, infectious warmth, and indomitable spirit.

Faithfully adapted from these long-lost private recordings, performer Jason Powell brings Judy’s actual spoken words to a live and intimate audience, unadorned with spectacle or artifice, presented as nakedly honest as they escaped from Ms. Garland’s own soul more than fifty years ago. With flickers of the incendiary wit that defined Judy’s personality to all who knew her both on and off stage, it is clear that the impact of this blistering account was intended for eventual public consumption, even if not in the form of scattered thoughts on these spools of reel-to-reel tape. We invite you to join us in this loving tribute to a woman who gave so much of herself to a world that could never truly understand the cost.