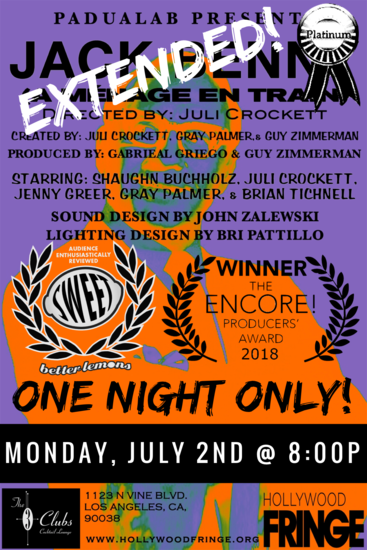 We demonstrate an “impossible play,” an automaton, frustrating the desires for union, resolution, and cleanliness with an endless loop, with an analysis of performance while performing, archaeological and forensic. The actors have developed an attitude that performance is not a thing which one does, but is done upon one… performance as obligation, text as a set of confines, blocking as predictive behavior, repetition as torment and joy, with dissociation of text and meaning, riddles for the audience to puzzle, a lack of completion offering the openness of collaboration, frustrating the desires for union and resolution by an endless loop…

Starring:
Shaughn Buchholz as A
Gray Palmer as B
Jenny Greer as C /Trout
Juli Crockett as D
Brian Tichnell as Strange/Wildcard