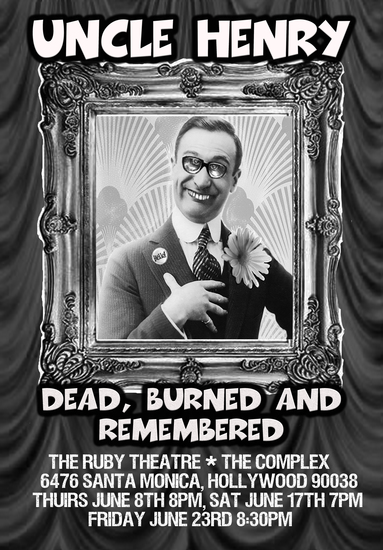 “Uncle Henry.” Everyone has heard of them. Or claim they do to not embarrass themselves. Well, he’s dead now. But that’s no reason to mourn. As he would say, “Shut up, you driveling idiot! And live!” And he would be right. Wouldn’t he? Of course he would. And that’s why The International Association of Uncle Henry-ism has put together this celebration. To remember this unique and inspirational human being. Of course he wouldn’t like it. But he’s dead. So we can do what we want. Won’t you join us in recalling just exactly what it was about this person that made life all that much more interesting and easier to bear?