Broke as a Joke 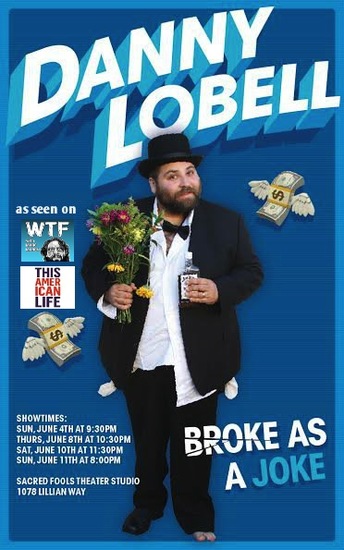 In his one-man show “Broke as a Joke,” Danny Lobell talks about how he has done crazy things for money. He’s bred rare cats, bought chickens to sell their eggs, and battled the bureaucracy of the welfare office. Throughout his adventures, he’s learned that money is only good if you make the world a better place with it.

Danny Lobell is a storyteller and standup comic living in Los Angeles. He’s told a story about raising a rooster on “This American Life” and was interviewed about starting the first comedy podcast on Marc Maron’s “WTF.” He has toured the world, performing in places like Scotland, England, Ireland, France, South Africa, and Belgium, and opened for Susie Essman and Bobby Kelly. He runs a podcast about comedians talking philosophy called “Modern Day Philosophers.”