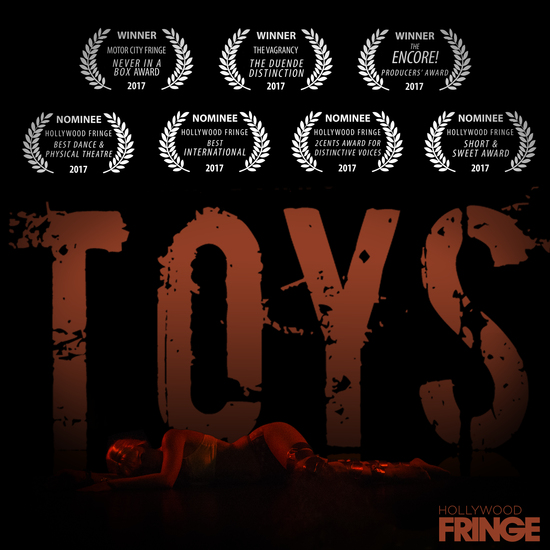 Tricked, sold, used and broken. Toys delves into the dark shadows of sex trafficking where children are products stripped to the core. Mixing dance, theatre and film, Toys captures the chilling cycles of abuse, exchange and sexual corruption in which playthings worldwide are entrapped. Wind them up until they break down…

Toys was created to draw attention to this massive, yet clandestine issue that infiltrates every major city in the world. Performed to acclaim across Australia, including a sell out season at the Adelaide Fringe Festival, Toys debuts in the US at Hollywood Fringe.