The Best of Craigslist: Live! 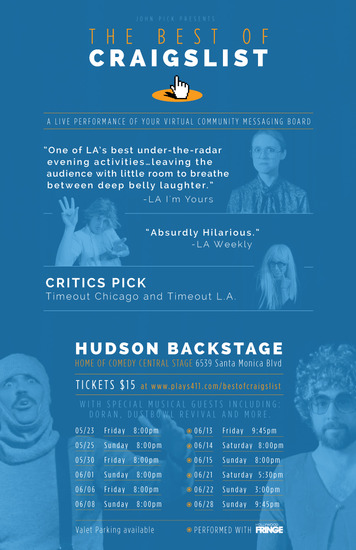 The Best of Craigslist started in 2012 as a comedic web series on Funny or Die starring John Pick. It has gotten over 250,000 hits and was nominated for Best Webseries by the LA Weekly.

It has been performed at South Coast Repertory, Joe’s Pub, and MiMoDa Studio in Los Angeles.

In early 2013, after taking the video characters live for a couple of solo performances (South Coast Repertory, PowerViolence), John designed a rotating ensemble-based performance, using Craigslist posts as source material. We also have been performing posts and inviting the real poster to attend and meet their portrayer live onstage.