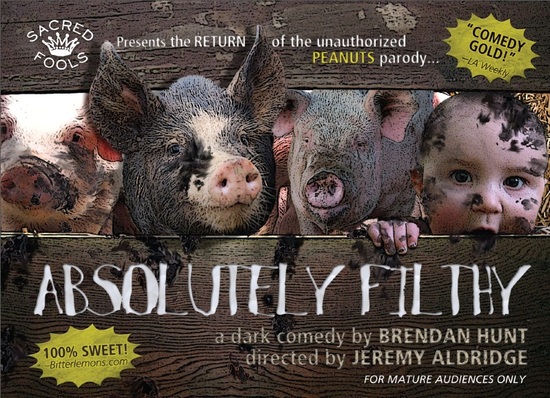 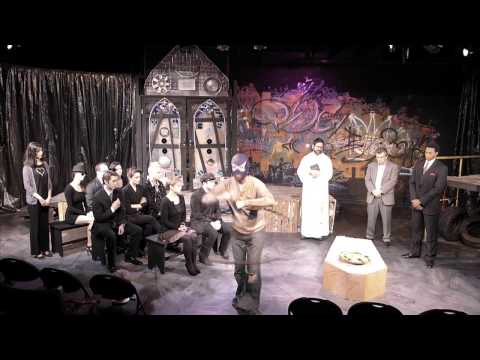 The top hit show returns for ONE WEEKEND ONLY in a Best of Fringe Special Extension!

“Absolutely excellent… My favorite show of the Fringe. Brendan Hunt is superb and should be given his own award for the talent on display. Catch it and somebody please extend this sumbitch.” – Colin Mitchell, Bitter Lemons LA

FOR MATURE AUDIENCES ONLY

Fresh from its critically acclaimed World Premiere run at Sacred Fools, “Absolutely Filthy” centers on a familiar homeless man, who lives in a perpetual cloud of dust and grime, that suddenly finds his life even more difficult to bear when he stumbles upon the funeral of his long-estranged best friend. But as he encounters his childhood friends for the first time in years, he finds he just may have a shot at redemption- maybe- in this unauthorized parody of Charles Schulz’ “Peanuts.”

“It seems that the Fools’ late-night series Serial Killers, where this show originated, has once again yielded comedy gold.”
Mayank Keshaviah – LA Weekly

“Hunt respects the integrity of Schulz’s creations even as he makes vicious, and hilarious, sport of them. This is an ambitious play that seeks to replicate the original’s universality with a raw contemporary sensibility… This many-layered text is grandly served by the consistently pitch-perfect ensemble and inspired, imaginative direction by Jeremy Aldridge.”
Myron Meisel – The Hollywood Reporter

“This is one of the best Sacred Fools shows ever.”
Don Shirley – LA Stage Times