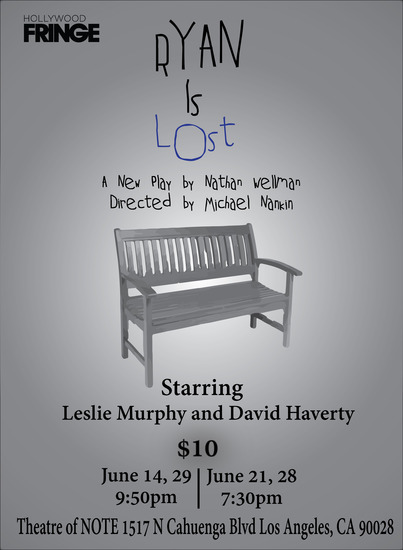 “Let’s just sit. Nothing bad can happen if we just sit.”

The Examiner: “Masterpiece… Wonderfully directed by Michael Nankin, this play is relentless in its pacing.”

Frank and Avis are a brother and sister who have lost their nephew, Ryan, in a mall. They wait at a pre- agreed-upon meeting spot for him to show up. Even as it becomes increasingly obvious that the boy is never coming back, that more action is needed, they’re too terrified to do anything more. Instead they stay at their bench, tearing into each other about their own personal tragedies. By the second half of the play, the characters have become so wrapped up in their individual lonelinesses and failures that they’ve practically forgotten why they’re waiting at the bench in the first place. Many times they even forget they have a nephew. All they know is that they’re waiting for a faceless miracle that will never come to show up and fix their lives. It becomes increasingly clear that they will never find Ryan because they are just as lost as he is.